Part of a different era, activist or patient advocate?

I started in patient advocacy in 1991. We didn’t call it patient advocacy back then. We got buckets of glue and posters and went around neighborhoods at night with the bucket and a mop, hanging posters on walls calling attention to the deplorable state of treatments for AIDS – and the daily treatment of people with AIDS. (The word HIV existed, but because there were no effective treatments, one passed from HIV to AIDS in a relatively short time, and then died). There were never enough of us activists, but we seemed to be wherever a politician was making a speech or opening a new neighborhood centre or celebrating an event, etc. We were rarely quiet and respectful. Whenever we were able to speak with a political leader, we were always on guard as to interpret whether they were trying to simply keep us quiet or really move the ball forward (it tended to be the former…).

We were constantly protesting, dying in the streets, planning disruptive events. Not only were there no treatments, there was no respect towards the people with the disease.

Things have changed dramatically since then. There are more treatments in HIV than you can shake a stick at, and there are less deaths or even transmissions in the drug-using community because of clean needles (anywhere there is access to clean needles). But overall, transmissions are not going down. Why is that, you might ask?

Well, good treatments aren’t the only thing that is needed in a viral epidemic, but methods of lowering transmission. And the majority of governments stopped spending on prevention campaigns and education as soon as they could. So we continue to see higher than acceptable rates of HIV transmission because there is little to no political will to change the status quo. Yes, every year, treatment gets more expensive while prevention would make a negative, politicians only see the short term.

What we are hoping here at the European Patients’ Academy is to extend lives and quality of life based on education that helps you and everyone make the right decision about the next step in your health journey. What is best for you and society, in a larger picture, let’s say if you were Dorothy in the Wizard’s balloon and could see the grander scheme? Not only what do you need now, but what does your family need next week, what will your neighbors need next month, and your community over time?

We don’t have all the answers and there is a long way to go, in all aspects of treatments including research and development. We need to communicate well, to the patient, to the physician, to the regulators, to the makers of treatments, and to society at large.

We’ve started on the road, but it is bumpier and curvier than we maybe imagined. Many people don’t have treatments at all! Where do they even begin? Come on the journey with us, learn with us, share your thoughts and ideas, what has worked and what hasn’t, and eventually, we’ll all get there. 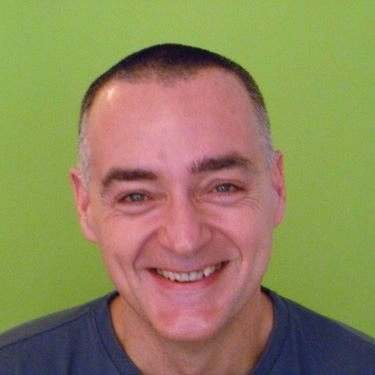 Rob has been a patient advocate since 1991. He started out as a translator of medical information in a Barcelona NGO when there were no real treatments for HIV, and although short-term trials often had hopeful results, people were dying by the millions of “AIDS-related complications”. HIV is now a chronic manageable disease in the Global North although the economic crisis often constricts access; Rob now works in areas like viral hepatitis, rare diseases, as well as with the European Patients’ Academy.