Top
Home » Blog Posts » Do we all need to care about medical research?

When I was about six months pregnant, I had a tooth infection that my dentist was hesitant to treat with antibiotics. My gynaecologist rightly felt teeth were not his speciality and I guess, everyone thought that the pain would somehow go away by itself. Except it didn’t and I ended up in Emergency at the hospital. Still, the dental surgeon was unsure about using medicines as he drained the abscess and I didn’t get any painkillers. If you can imagine a normal toothache and multiply the pain by one trillion times – well, that was what I felt. All because the doctors treating me were uncomfortable with prescribing medication to a pregnant woman. My tooth problem might have seemed liked a ‘minor’ problem, but these problems can occur frequently and there are a myriad of other medical issues, from minor to life-threatening, where pregnant women can find themselves in the same situation.

More than 90% of pregnant women take prescription or non-prescription (over-the-counter) drugs or use social drugs (such as tobacco and alcohol) or illicit drugs at some time during pregnancy, and use of drugs during pregnancy is increasing.1 This is often because pregnant women can get sick (e.g., a tooth abscess, get the flu) or women with illness (e.g., depression, rheumatoid arthritis, epilepsy) become pregnant. Women are also waiting to have children at a later age in Europe and much of the rest of the world, potentially causing complications during pregnancy which require treatment.

However, there is a gap in research related to drug use during pregnancy which means that doctors and patients may not have all the facts. The events following the thalidomide tragedy (resulting in malformations) made researchers aware of the complexity of investigating drugs in women of child-bearing age.2 Perhaps, as a result, facts on drug use during pregnancy are often limited.

Nevertheless, as cases like mine and many others show, pregnant women do need safe, reliable drugs. And more patient organisations, professional bodies and industry are becoming aware and doing something to tackle the knowledge gap. For example, when women in clinical trials become pregnant, historically, they have been automatically excluded. However, in updated recommendations, the European Forum for Good Clinical Practice proposed that instead of automatic exclusion, the woman meets the researchers responsible for her care in the study, along with an appropriate counselor to discuss implications for her and her baby and whether or not she should remain in the study.3 Most importantly, this could allow an opportunity to collect information so that a repository of data can be built. Another example is the session on Informed Medication Use in Pregnancy at the Drug Information Agency meeting, which brought together relevant experts to address needs for data, communication and engagement on the topic.4 Finally, the Pregnancy & Medicine Initiative is an independent, non-profit organization aiming to raise awareness and helping address the information vacuum concerning the use of medicines and medical treatment in pregnancy.5

However, progress in this field is only possible if all stakeholders contribute - starting with all of us. The EUPATI Toolkit and website is crucial in educating patient advocates and the wider public about medicines development and the importance of patient involvement. This could lead to increased medical research meaning that one day, women, their partners and their doctors are able to make evidence-based decisions when it comes to taking medications during pregnancy. 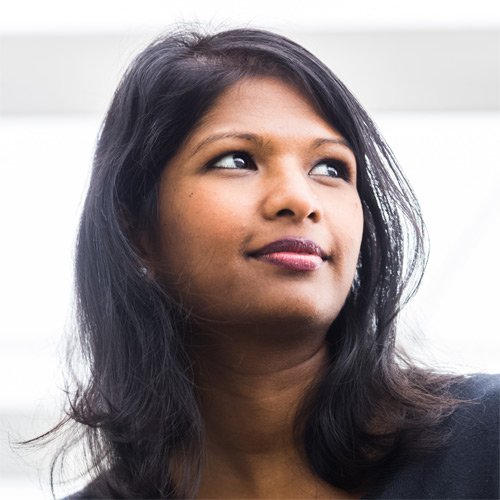 Daphnee works at UCB, a global biopharmaceutical company and lives in the UK. She is committed to patient engagement and empowerment as a way to improve the lives of people with diseases. Daphnee believes that collaboration between groups like patient organisations, universities and industry is essential for furthering advances in drug research and development. She is motivated by a vision to place patients at the centre of UCB and make a positive difference in people's lives. She holds a PhD. from the University of Surrey and has a MBA from the University of Warwick, UK.