During the EUPATI course, we learned about the core principles of HTA- the what and the why of pharmacoeconomics. At the ISPOR 20th Annual European Congress, we got the chance to find out more about the who, the when, the how and the where. ISPOR stands for the International Society for Pharmacoeconomics and Outcomes Research and is the leading global scientific and educational organisation for health economics and outcomes research (HEOR). ISPOR’s mission is to promote HEOR excellence to improve decision making for health globally. 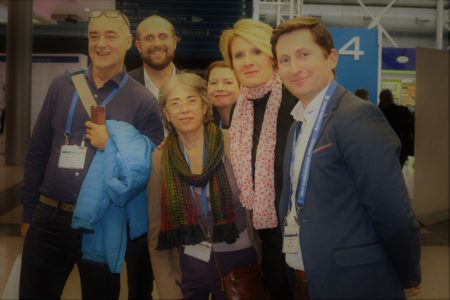 The congress was held in Glasgow, Scotland from the 4-8th November with short courses featuring on the first two days and presentations for the remainder. There were a LOT of interesting presentations during the final three days, starting at 7.30 and continuing until evening time. EUPATI Fellows Paola Kruger from Italy, Dominique Hamerlijnck from the Netherlands and Joan Jordan from Ireland will tell you a bit about their ISPOR experiences. Each year the ISPOR organisation goes a step further in promoting patient involvement in the presentations and the topics addressed at the conference. This year there were over 30 sessions that had patients on stage talking about what matters to them. 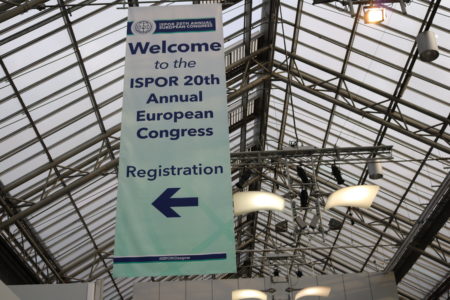 Paola and Dominique attended the Patient Representatives Roundtable on Monday 6th. Paola gave a presentation together with Ken Bond, Director of the Canadian HTA Agency CADTH and with Karen Facey as moderator. The topic was the evolution of patient involvement in HTA where she stressed the importance of education, and specifically the EUPATI course, to make patients more effective and their input more valuable when taking part in a HTA process. The next topic was strength and added value of real-world and patient-level data. It’s new that the ISPOR organisation has decided that they want more patient chairs at different levels of the organisation- including the patient representatives roundtable to further the practice of patient involvement. The roundtable provided a platform to discuss issues and challenges of patient involvement in the health care research and decision-making processes with other key stakeholders such as researchers, payers, decision, and policy makers, as well as representatives from the pharmaceutical industry. There were many familiar faces with EUPATI connections present! That evening, Paola gave a presentation at the Pharmerit Symposium on the importance of patient involvement in all phases of a clinical trial. 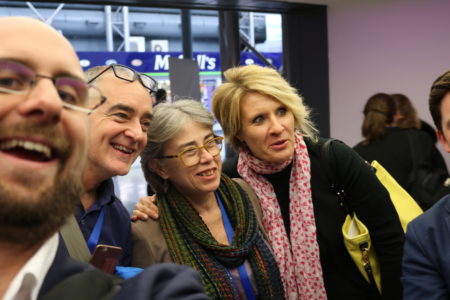 Joan attended ISPOR on the 7th of November and spoke about the Impact of Patient Involvement in HTA. This case study focussed on the current process in Ireland and how Patient Groups can submit evidence to support a HTA via a template located on the National Centre for Pharmacoeconomics website. Matthew May chaired the session and spoke of the value EUPATI brings to educating patients on the HTA process. Other speakers detailed how HTA works in an Irish context and the timeframes and considerations involved. There were many interesting comments from the audience, raising the issue that patient groups can work together in a national and European context to reduce burden- especially in rare disease areas and when staff are volunteers.

Rob Camp was also at the conference. He has been working with others in the ISPOR patient centred Special Interest Group (SIG) on defining “patient involvement”, “patient engagement” and “patient-centered”. We all use the terms, but they have no clear definition. They hope to have their publication ready in Spring 2018.

Finally, on Wednesday 8th Paola was a Panellist on the Breakout Session "How do you incorporate the Patient Perspective into HTA?" in which they focused on defining best practices for rigorous scientific evidence and impactful submissions and reviews. There was some great discussion about what are the best methods to extract the patient perspective, and Patient Reported Outcomes (PROs) seemed to emerge as the number one (the audience vote in the ISPOR instant Poll). However, there was unanimous consensus that patients must be more involved at the design stage of PROs. 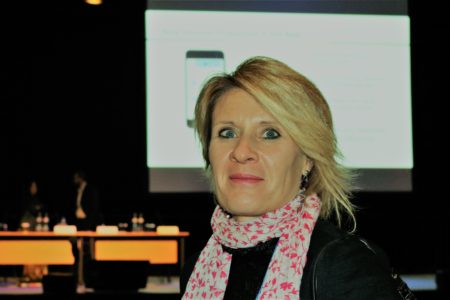 Nicola Bedlington, Secretary General of the European Patients' Forum (EPF) spoke at no less than 5 different sessions at the conference. EPF is the host organisation of EUPATI, and has been the consortium lead since the beginning of the project in 2012. A staunch supporter of party based involvement of all stakeholders in the improvement of heath care systems and access to health care, Nicola emphasised the importance of patient inclusion and patient education, which hold the key to a juster system and better outcomes, too. As an umbrella of patient organisations across Europe and disease areas, EPF offers a series of programs that support the capacity building of smaller organisations, and EUPATI has played a key role in this work. 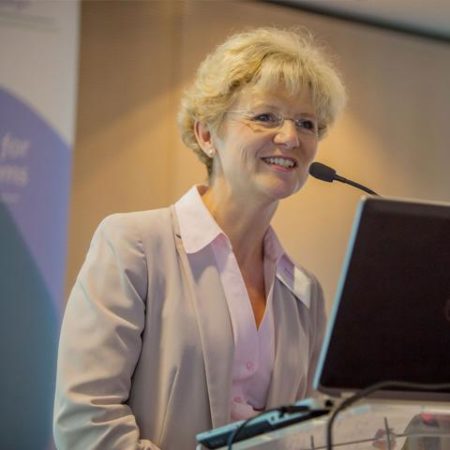 Overall, ISPOR was very informative and we were made feel very welcome there and really felt listened to. Although it is a large conference, it was very well organised and with a bit of planning, you could pack a lot into your visit! It was possible to ask questions and it was very nice to see the people we met during our EUPATI training and also to make new contacts. #PatientsInvolved.

Joan Jordan has been diagnosed with Multiple Sclerosis for over six years. She has accepted her chronic illness and wants to help make life better for the 9000 Irish people with MS. She is using her experience of over a decade working in IT, participation in a clinical trial, communication skills, EUPATI patient advocate (AKA, Expert Patient) training, her time living abroad and most importantly knowing how it feels to have an illness for which there is currently no cure to help find one. “I don’t want to stand on the side lines and cheer the researchers on. I want to play!"